Want to auto-tweet ? Here’s a way to do it with a Flow

I figured this one was valuable enough to copy over here 😉

As per my recent blogpost.

The trigger for this post is simple.. I’m heading into a well deserved summer vacation where I want to remain active in some of the social medias while being able to just relax and enjoy life!

So, I figured that building an automated Flow which would capture tweets of interest (based on keyword search) and then retweet them out with a specified delay could well do the job!

This would allow me to put content in my feed, adding value to the original tweets by issuing my message later on, thus maybe appearing on someone’s radar who would not have caught the original post.

I’ve added this functionality as one of my project goals. Creating a custom connectors will probably allow me to resolve this. Right now, no time, so let’s just do it in a quick and dirty way and solve this out when I’m back on the saddle after drinking all the margaritas in the world 😉

Overall, here are the core functions that my Flow will execute:

Since I want to have a log of the tweets I posted with the references to the original post as well as the posted message the Flow generated, I created an entity in CDS. 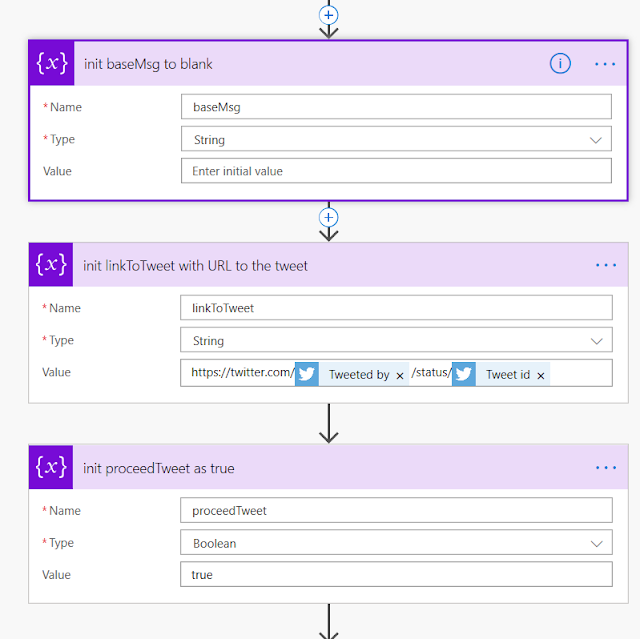 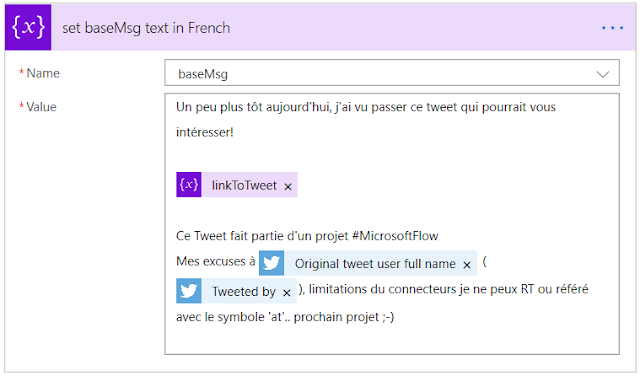 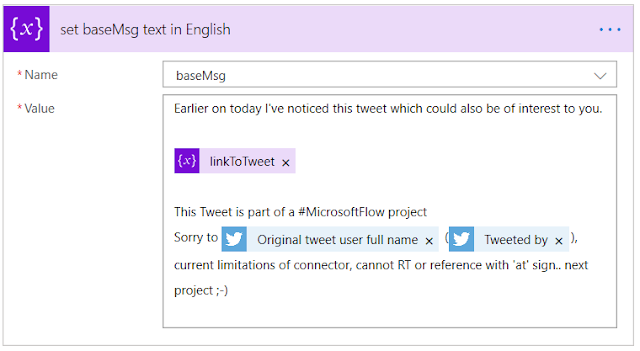 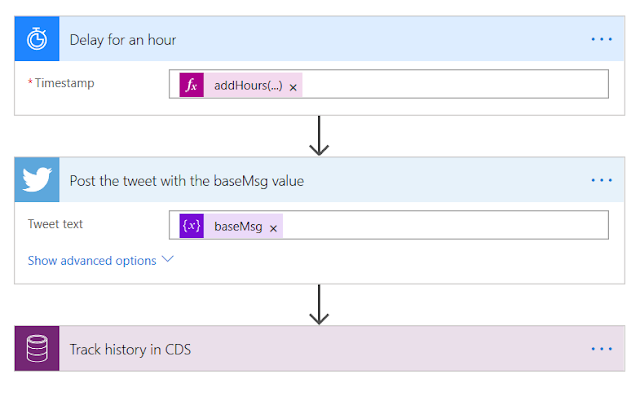 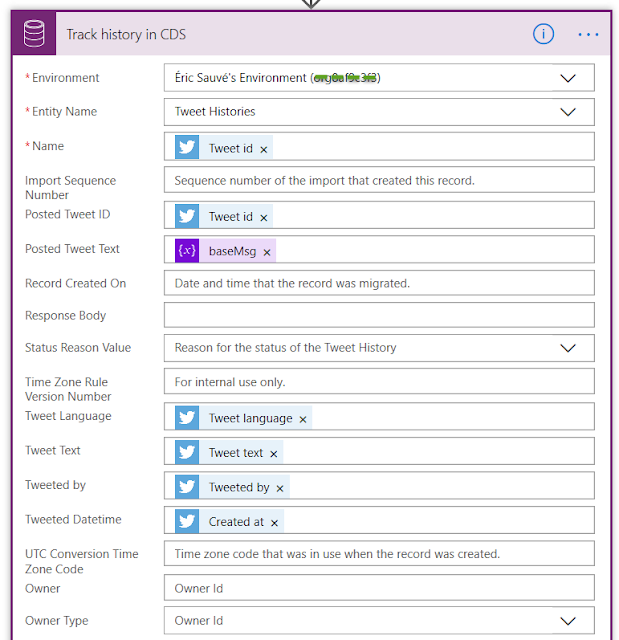 After testing the flow, letting it run for a while I made a few adjustments to ensure the posted tweet would be of a maximum of 280 characters, otherwise an error is thrown by the connector. 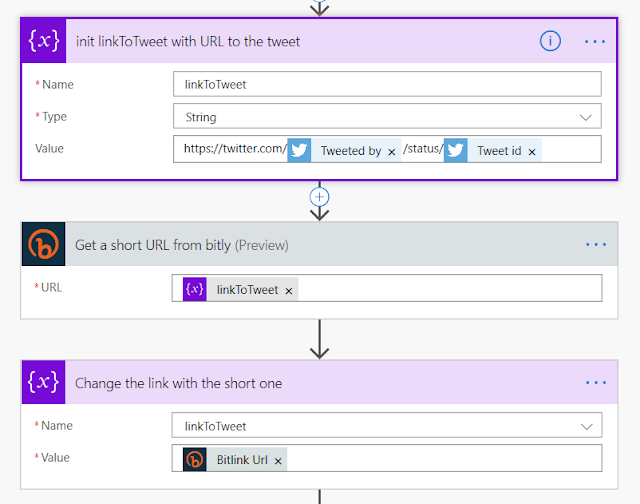 And then the failure!

After implementing those last minute changes I looked back at the generated tweets and noticed that the preview feature that you normally get with the embedded links disappeared!

So, to quickly resolve this, I’ve removed the bit.ly part of the connector, but left the substring part.

To resolve the constraints regarding the RTs and tagging, which are due to anti-spam rules from twitter, I will attempt to follow Tomas Poszytek’s blog post (that I’ve seen on my twitter radar yesterday while finishing up the details of this article)

While trying to connect Microsoft Flow to Azure Event Hub, you cannot…